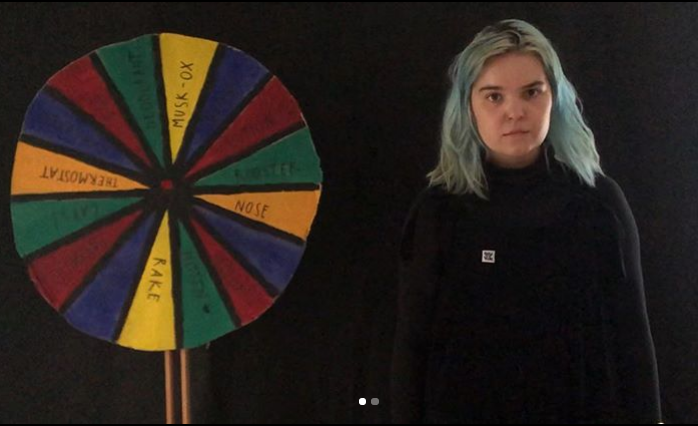 // This project is about space and all the things we don’t know about it. It is also about the fact that whatever questions we have, to us they seem so abstract that the answer could really be anything. 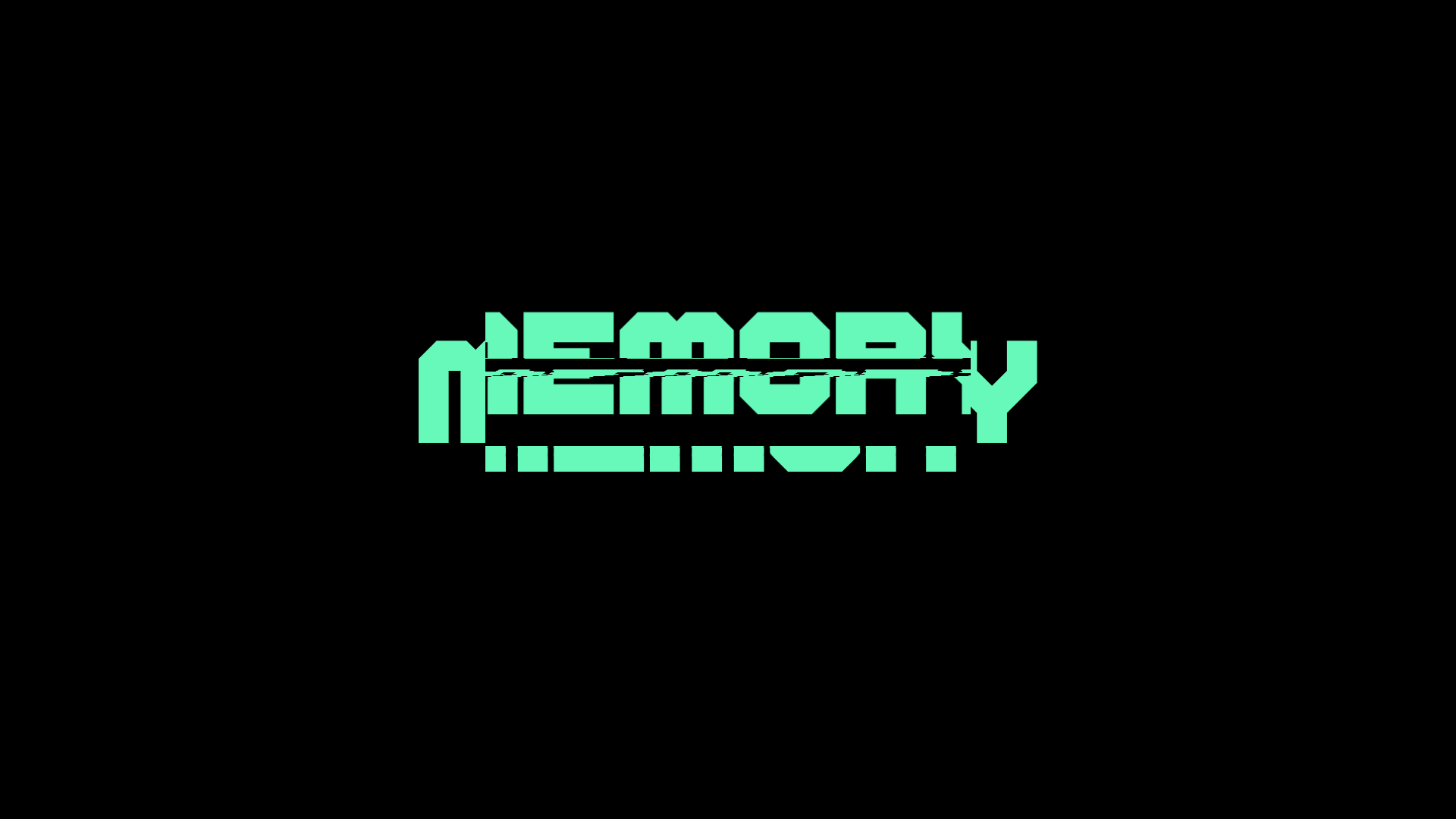 // Is it the memories ,who we are at the present?
Following text generated by A.I. Used site called ‘’talk to transformer’’. I wrote the first sentence and the rest of the text completed by “a modern neural network”.
– He/she is steals and collects patients memories, and create whole new backstories from different memory pieces implants this new created memories on little robotic creatures that she/he created.
These creatures then act as part of a collective body in her/his body, and can’t leave until they are destroyed. She/he then attempts to restart the memories from the robot, which was constructed from the memories, but fail. She/he finally built a robot that remembers everything using her/his mental strength. Realize how stupid we all are. And believe what I say, you’ll learn soon enough. Art is amazing, and this is just the beginning. It was a privilege to work on such an original story with such a There is a belief at sufism, belief of returning to God. Theory of returning to God is means the leaving of the being from the Absolute Being and lowering on earth and then returning to it. Divine light’s experiences – forming various levels of being – botanic, fauna ,human– includes a circular characteristic. 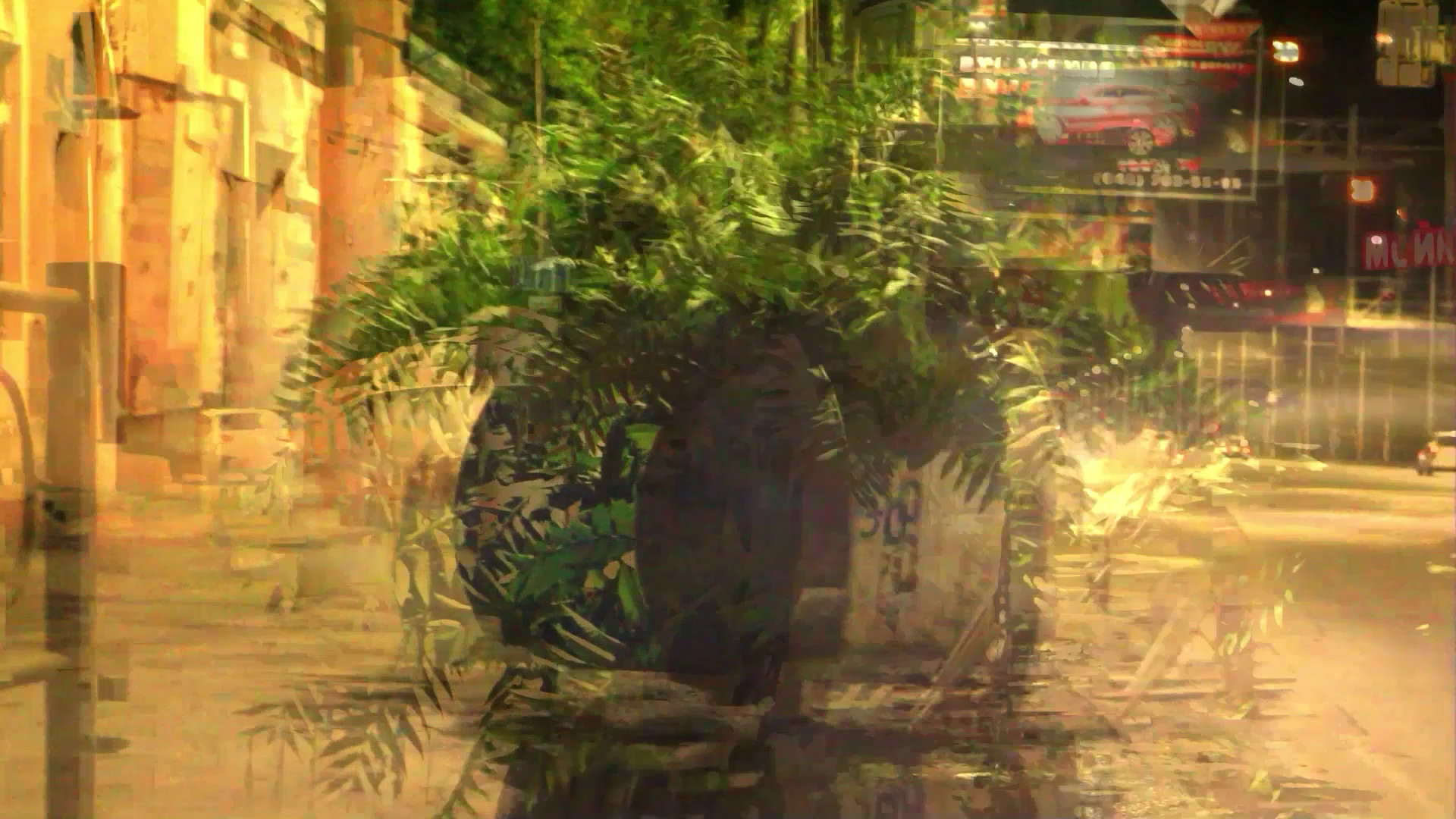 // The environmental problem of our planet is no longer news. All people know about global warming and its consequences. But at the same time, many people do not care about ecology and our planet.
I was born and raised in a country that ranks first place in timber exports and deforestation in Europe. Against the backdrop of corruption, revolution war, and political problems, in recent years, illegal logging in Ukraine has grown 7 times. Not only is this a huge blow to the country’s budget, but it is also a huge blow to the environment. 70 percent of the trees are exported to Europe, despite the ban and laws that restrict and prohibit the export of so many trees. At such a pace, my country will soon become completely “bald” Due to problems with Russia, in our country, GAZ has become much more expensive and many people in our country have switched to heating with the help of firewood. What motivates even more deforestation.
This work illustrates the current situation in the country. The way we literally throw nature into a landfill. That how surrealistic it looks like a dream. What is in the trash bin is a tree. Howunnatural we behave with our home. All this delay and glitches in this work show how confusing and serious this problem is, that it cannot be solved just like that. Even as radical protectors of nature. Based on Timothy Morton’s lectures, we should be more gentle and more environmentally friendly in our behavior. Shouting and finding the guilty cannot solve global problems with the environment. Only if people become more tolerant and stop thinking toxic can the situation be changed in a good way?
This work was done in the Max MSP Program, where I layered the same image many times to achieve this effect. Next, I wrote the musical accompaniment for this video in the Ableton program, where I used the sounds of the city and nature, changing them with the help of delay in composing with synthesized sounds and percussion parts. 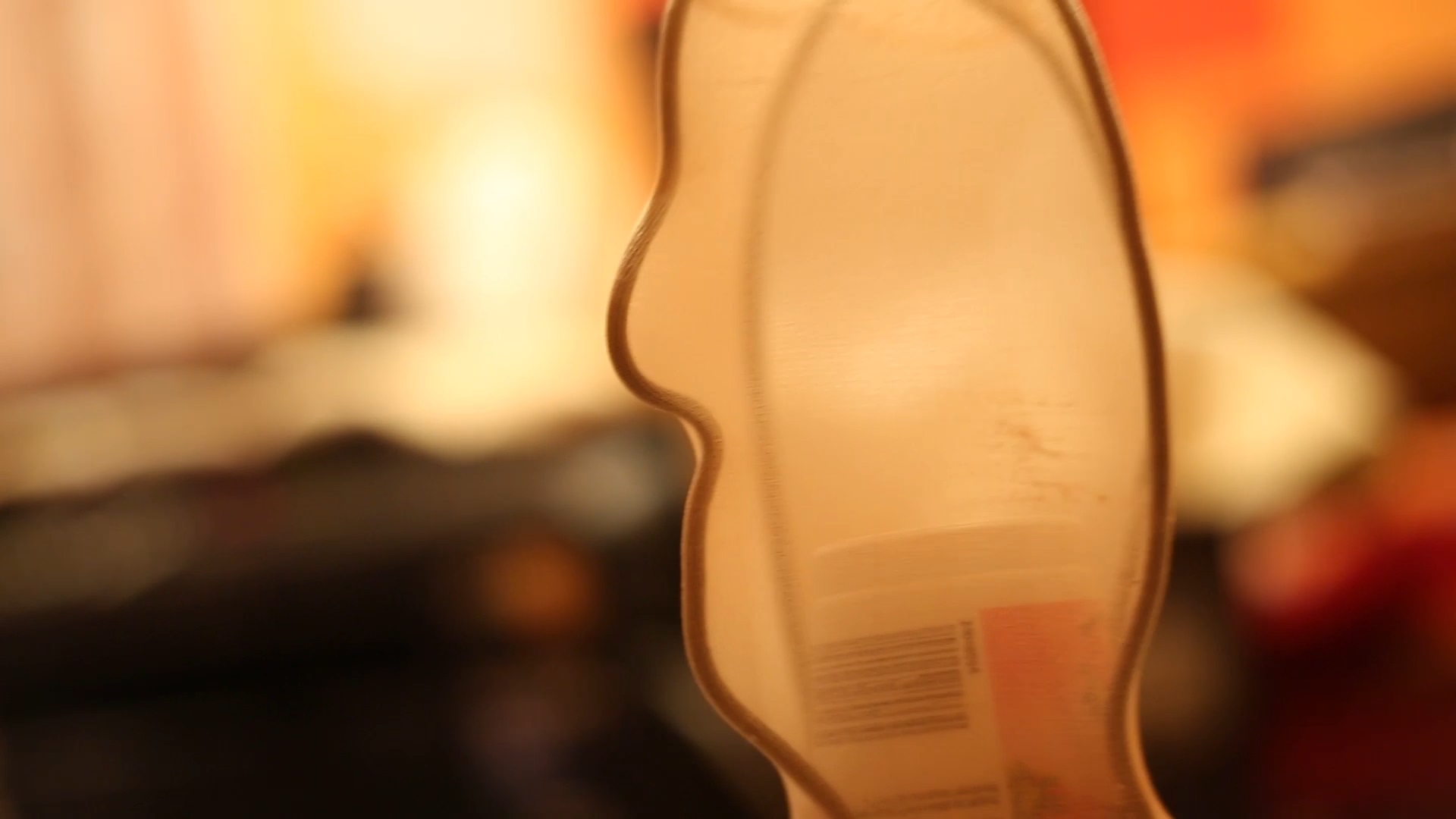 // What all affects my identity? Is it just me or do others contribute to it? What is hidden in me can only be seen by a man who really
knows me and takes the time to get to know me. There are a lot of beautiful things hidden inside me that you discover over time. I am human, I am identity. Look inside me.

// I would like to choose the space topic because I can approach the space topic with two different perspectives. One the space we are living in it and two emotional space that we have.And how we express our emotions, to the space that we living in it. With these I will focus on the connection of emotions with colours, I’ll show the emotional space and emotional lackness with colours. The technique is a digital hand-drawn animation. And I’ll show how space,(that we are living in it) would change with the emotions and our way to express them. But at the end I think I used space ,identity and body topics as a harmonised way. In the animation we see the emotions and changing of the colours when she touched them, with the situations. At the end of these sequences, we see the colours in the room, in the space, she living in it, and the character is in the room with the pale colours but then all the colours with emotions comes to her body. Then the character drowned into colourless space, it stays for a while then some colourful hands coming to the character may be for saving her and touch her. Then the character and the colours are combined. After that, we see her as a colourful person, and space goes off in her soul we see her heart full of colours. In the animation colours is use to express the effects. The colours are fluid and abstract shapes like emotions. I used the lining to show the forms. For finding a balance between the character and abstract shapes. To make it more experimental I show the changes with metamorphosis and forms of the character with colours. I used the oil and watercolour brushes to make the splashes and the fluid shapes. 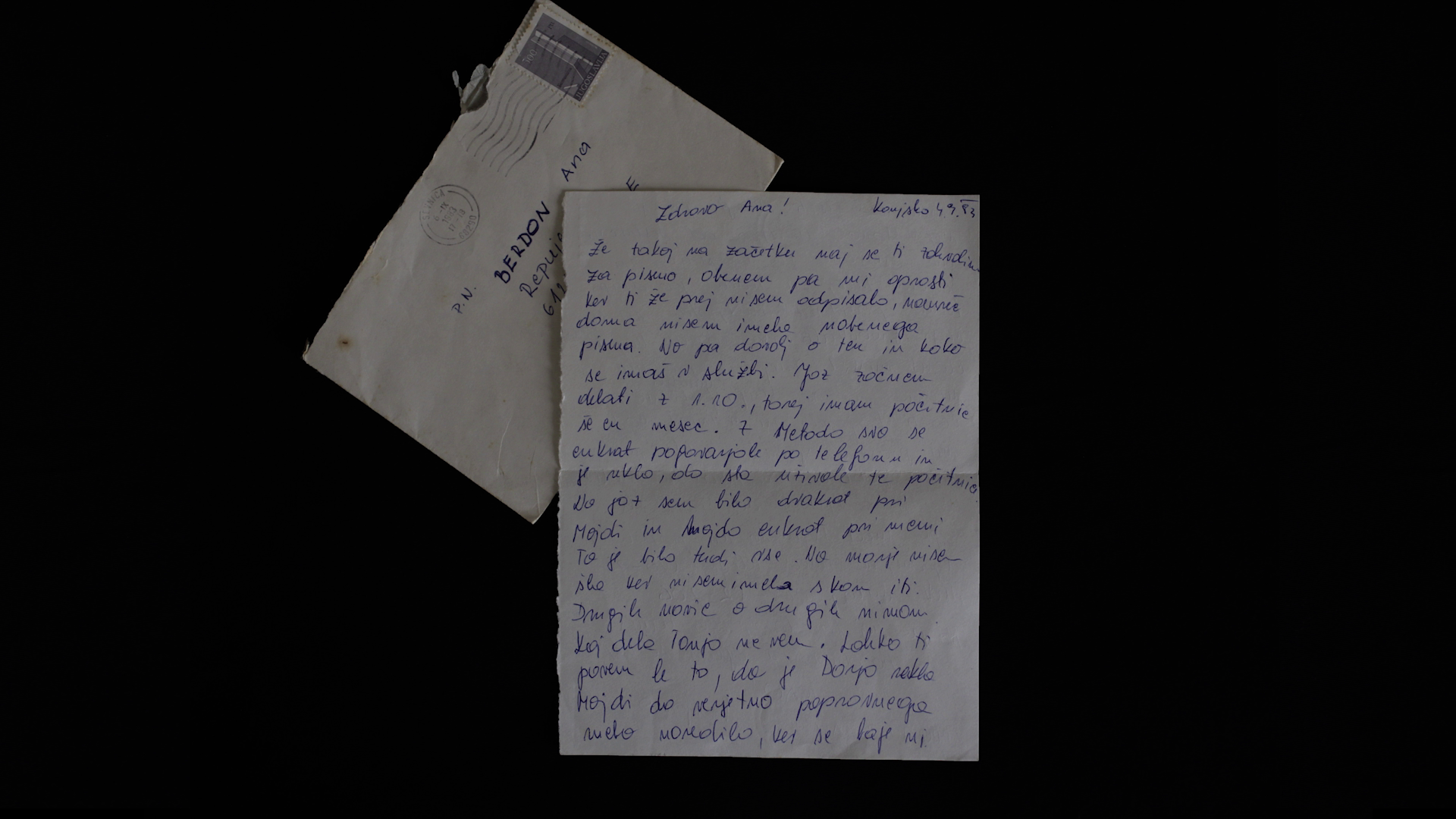 // Through the theme Space, the artwork is researching the contrast virtual – real. The wish to explore this field comes from a personal observation of changed perceptions of the real world, after long term expanded work with contemporary video contents.
The work shows »imperfections« of analog media as key features that are creating the pleasant feeling when receiving this kind of content: sound of vinyl records that scratches here and there, obvious noise of silence and mildly unsharp picture of old movies, and crossed out words, on the letters of our loved ones …

Digital is mechanical, analog is humanely. 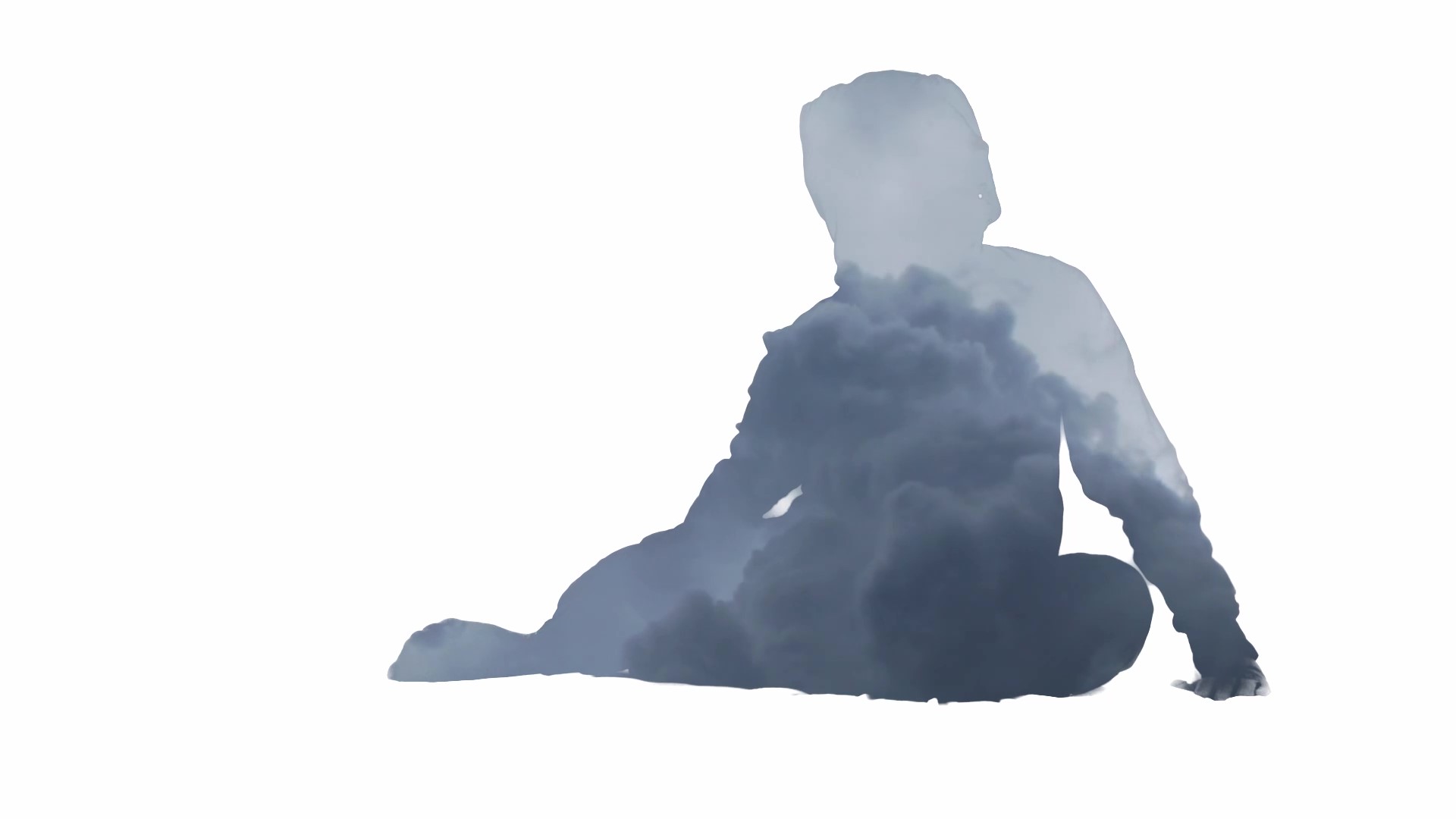 // The video installation focuses on the topic of identity. The idea is based on the “double exposure” technique: a body narrates his journey through movements and natural images projected on him that reflect his mood. The use of nature to express his inner world comes from the sense of belonging to my native place. I live in a region where the landscape is mostly covered by woods, fields, rivers, mountains, and through the year I found out how many benefits nature brings to a human being. The audio is composed by an ambient music and a poem written by William Brighty Rands called “Wonderful World”, which expresses very good my vision on nature. 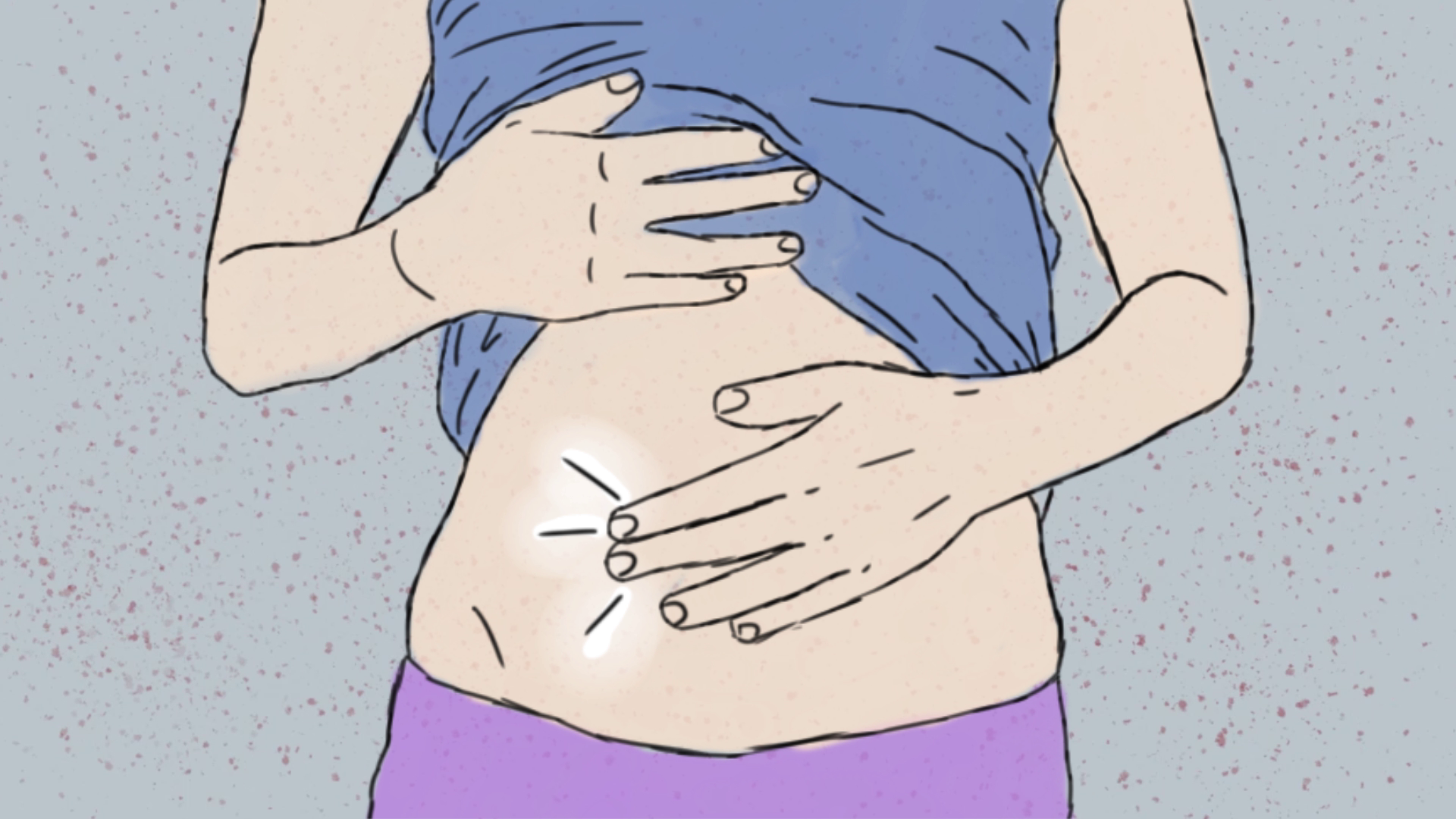 // I have designed a poster a couple of years ago to visualize a personal idea I had in my mind about how artists can use their own body as an art instrument. It was about how to use a plastic pipe like a straw in different sizes, length, thickness and calibers for different uses. Women with long hair and men with long beard/hair could put and pass a turf of their hair through the pipe and start painting with it just like a paint brush. In other words, the ending part of the hair which was out of the pipe could be immersed with colours like water colours and then they could start painting on boards, canvases, etc. So, they could see the capability of long use with natural human hair of the painter. This way, not only it could give a greater sense of self pleasure to the painter to be able to transmit his/her emotions and the feeling of spontaneity via his/her own body part , but also it could give a real sense of naturalness and genuineness to the viewer. Now, regarding this idea which I had before, I would like to design another way to use the artists’ bodies and their singular identities to transfer the emotions, this time directly without any artificial instruments in an ironic and uncommon way. It can be an idea for any kinds of arts such as music, sculpture, painting, etc. For instance, using human hair as a musical bow or harp, removing the usual sculpture knifes and using teeth instead, beating drums with head, hanging the canvas to neck instead of nail it to the wall. It is not meant to use a part of body which is already separated, like already cut hair or nail. It should be a part of body that is alive and helps the artist all the time without any limit. These ideas are not practically possible to do so the media to show them would be only drawing and illustration. This is a symbolic way of protesting against expensive materials that nowadays prevent artists from working and sharing their emotions with others. So, it says art is doable without any expenses!

// In the theoretical part, the mentor presented the career path of a professional artist in three segments, and focused on organizational and business elements that are important after graduation; she also lectured on various areas of experimental art practices and avant-garde art.
In the practical part of the workshop, each student created an experimental film,with a length of two minutes, on a selected topic: BODY, SPACE, or IDENTITY. The main creative media was selected by each student according to their field of study: film, animation, photography, new media or contemporary art practices.

We are using web cookies. You can find out more about this in settings.

This website uses cookies so that we can provide you with the best user experience possible. Cookie information is stored in your browser and performs functions such as recognising you when you return to our website and helping our team to understand which sections of the website you find most interesting and useful.

Strictly Necessary Cookie should be enabled at all times so that we can save your preferences for cookie settings.

If you disable this cookie, we will not be able to save your preferences. This means that every time you visit this website you will need to enable or disable cookies again.